Iris will be signing her new children’s book “Moriah’s Wings” at the $5 BOOKSTORE at: 2880 A Cochran Street, Simi Valley on Saturday December 21st from 2—5PM. Stop by and get one as a gift or bring one you’ve purchased online, so she can sign it. She will also have some of her other books, “Fresh Eyes: Seeing God in the Unexpected” on hand to sign.

Also, if you haven’t yet heard, Iris is offering a donation match for every Moriah’s Wings purchased online by December 16th. Buy one for yourself or a family member as a gift and Iris will donate another one to an orphan at Miracle House in Kenya, Africa. This makes a win win gift this Christmas season. Simply go to Amazon or to www.iriscarignan.com and find Moriah’s Wings by Iris Carignan, order one or more paperback copies and Iris will do the rest.

God bless you this Christmas and in the new year.

Have you ever purchased a loaf of bread that didn’t stay fresh for more than a day or two? If so, there’s a good chance it’s because it didn’t have any preservatives in it. It occurs to me that sometimes our faith can be like that too. Our enthusiasm may get a little stale. We may walk for years with strong unwavering faith, then suddenly something happens that causes us to fall into a puddle of doubts or even worse, we just feel dry.

I don’t know about you, but in my walk of faith, I’ve found that doubts can either become a yeast of puffed up vanity, or drive us to God. But through His word, our wandering (and wondering) minds can be cleansed and our faith preserved. Dr. Hugh Ross, once said: “Doubt asks the questions & unbelief won’t hear the answers.” His ministry, Reasons to Believe, is all about answering questions from doubting minds. But doubt isn’t necessarily a bad thing. No, it can be good. Admit it first, then let it drive you to Him for the answers. Clarifying exactly what your question or doubt is, can also be helpful. It might help to write your question down. Just saying we doubt something without being specific is a lazy and dangerous approach to finding the truth. After all, if you can’t articulate your question, then how will you know if you’ve found the answer?

We all struggle with the deceitful malady of doubts, lies and vanity and our culture continually encourages it. We “eat up” the lies that our world feeds us through social media, movies, television; even friends. We tend to let those voices tell us what is important or true. Using a character in her novel, “the Scarlet Thread,” Francine Rivers states: “people hear what they want to hear.” So true isn’t it? We’ve probably all done that many times over and didn’t even realize it. Recognizing that our culture’s “soul food” is an illegitimate and temporary filling is a good start though. It can’t last because it doesn’t contain the eternal preservative of the Holy Spirit.

The Bible refers to Jesus in many symbolic ways and one that comes to mind in this regard, is that He is our “manna (or bread) from heaven.” While our world bombards us with all kinds of ways to satisfy our hunger, Jesus says: “Blessed are those who hunger and thirst for righteousness, for they shall be filled.” (Matt. 5:6).

Another wise approach to our inquiring minds is to pray about our doubts. Don’t think you can hide your doubts from God. You’re just fooling yourself. He already knows. The key to asking Him, in an honoring way, is to come with an open heart, truly listen, and then obey.

Remember, if Jesus really is within you, He is the only preservative who can give you eternal life. Jesus also said: “I am the living bread which came down from heaven. If anyone eats of this bread, he will live forever,” (John 6:51) 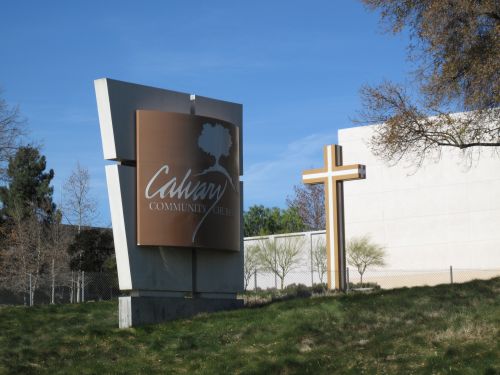 Author/Illustrator-Iris Carignan will be signing at the following places/times: (1)Sunday April 7th at Calvary Com. Church 10am to 12:30pm. (2) the Open Book in the Oaks Mall, Sat. April 13, 1pm-4pm (Receive a free gift with purchase on those dates)

Iris has released her new children’s book – “Moriah’s Wings”. Pre-orders can be made now in Paperback or Kindle Edition.  Learn more here! 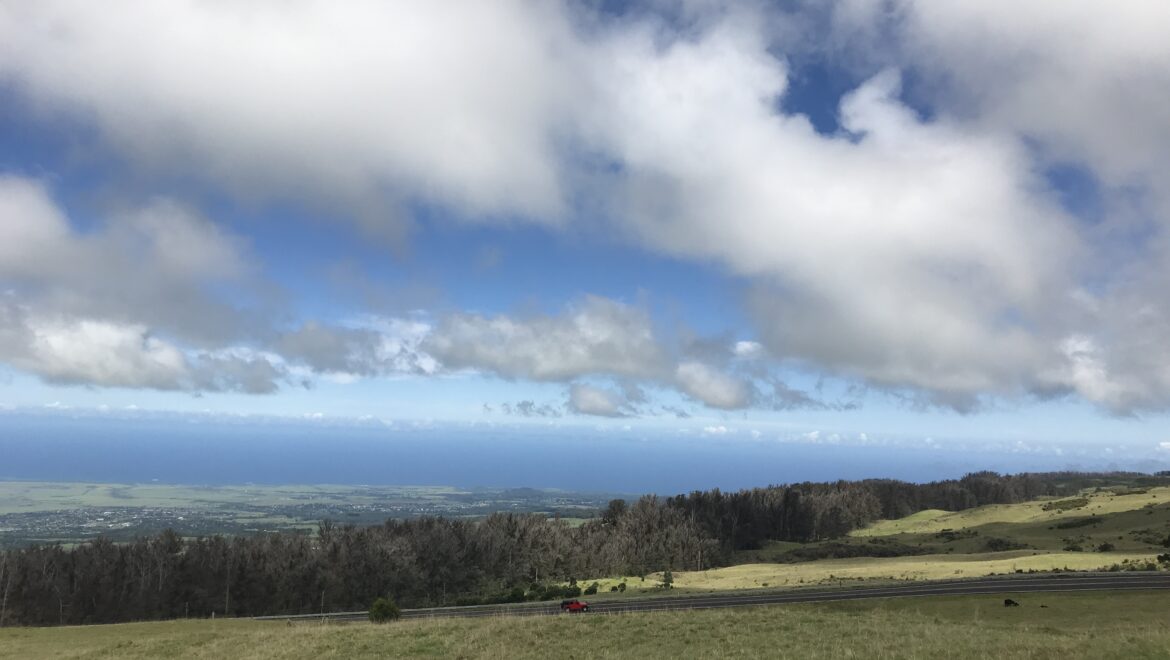 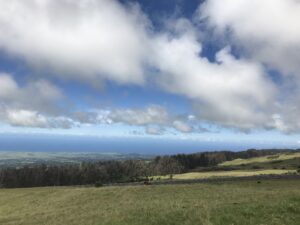 Was God’s creation of the universe a stagnant unchanging event? I think not. Evidence clearly points to an ever-changing creation of all things. Scientists marvel at the ongoing changes and evolutions of creation and the universe as they observe and examine it. Yet even their own theories and statements of “fact” are a voluminously changing field of speculations and findings. The more they discover, the more it changes, and many times their new discoveries actually line-up with what believers have said all along. It may be a new archaeological find or the Big Bang theory or some other new “exciting” find. Yet they seem to mostly stay on a course of agnosticism or atheism. One of the most brilliant scientists of all time—Einstein, however, stood out as unusual in that he often spoke from a position of faith in a creator. Today’s science continues to verify many of his famous theories as truth.

No, creation is not a stagnant singular event that only happened millions of years ago, anymore than our evolving culture and knowledge is. But let me be clear regarding evolution. I do not adhere to the full explanation of the evolutionary theory held by most scientists. I don’t believe that humans evolved from apes and that all life started as amoebas. I do believe there has been some evolution within species over time not giant jumps between them. In fact, what I’m talking about is that God’s creation itself begets creation. In other words, every life form that He created can also create in some way. Scientists know that the stars are born and die in the universe. And while we may not consider it a creating process when speaking about nature changing in form, haven’t we all spent at least a few minutes observing the movement and changes of the clouds in the sky? And, while all animals, insects and fishes etc. can reproduce, only humans can use their intellect to intentionally create something else besides other humans. For me as an artist, seeing a painting in progress is much like watching the clouds in the sky change and morph into a masterpiece.

One of my favorite things to paint, happens to be clouds. I find that as I start the process of painting clouds, it quickly becomes obvious that they will change over and over until they look and feel the way I want them to. Their shapes and colors will change and the sky colors around them will also change considerably as the painting progresses. Then as I work further on the rest of the painting and its subjects, the sky and clouds may change some more. That is because everything in the painting needs to work together in a cohesive way to compliment one another and form a good outcome or impressive impact on the viewer. If the completed painting fails to pull together all of its elements, it may not present the message the artist desires to bring. Therefore, the artist needs to continue to make changes and adjustments along the way in order to create the effect he or she is trying to accomplish.

In much the same way that an artist works a painting by changing it as needed, our great creator works his creation to its best fulfillment. Psalm 8:3 says “When I consider Your heavens, the work of your fingers, the moon and the stars, which you have ordained, What is man that you are mindful of him, And the son of man that you visit him? For you have made him a little lower than the angels, and you have crowned him with glory and honor.”

To even consider all the major and minor creations and recreations of the plants, animals, and the cosmos, is to find His creative hand still at work. Consider, for instance, the crumbling of great mountains and the deepness of canyons or craters. These monumental creations continue to display God’s ever-changing earth. We may not have the longevity to observe their progress, but anyone who has children and have watched them grow, mature and change can easily testify to the ongoing nature of creation. And in much the same way that we have the honor of creating other human beings and seeing them grow, we also have the capacity to create things. We can create art or inventions, or new songs or new ways to do things. We can create beautiful things or we can make ugly dark things. We have the ability and the choice to do either. Oh, what a privilege we have. We have the innate, created ability to create as no other creature can. We are God’s most prized and beloved creation and as we continue to create, we can honor Him and assist Him in bringing forth the ultimate fulfillment or purpose of His initial creation.

When we create beauty through art, music or any other medium, we get to use our hands, hearts, souls and spirits to honor the great creator who placed that particle of DNA within us. Likewise, when we destroy beautiful creations of art, literature, or music, we are also vandalizing evidence of God’s creative hand in us. Even more heinous though, is the act of destroying one of God’s children. When we destroy another human being by intentionally killing them, whether they are children, adults or unborn babies, we are committing the most serious of crimes against our creator. We are then stopping a beautiful creation of God from continuing in creation themselves. We are preventing them from carrying out their purposes and gifts in His plan. And by our actions, we not only show our hate or disrespect towards another human being, we demonstrate hate towards our creator.

The joy I receive most every time I create something with my hands is an amazing gift that I cherish. Even greater, the day of birth for each of my children was the most miraculous fulfillment of creation I have experienced and nothing compares to that moment of realization.

When God created the heavens and earth,
What joy the Father must have had
with this birth.

How awesome and amazing,
This miracle that came to be.
Each particle spoken,
Creation out of nothing,
The universe to see.

Along the way,
He stopped to say,
He saw that it was good,

But when man,
And woman came
On Heaven’s throne He stood
And it was then
That He proclaimed
It was very, very good.

Made in His image.

We get to create too,
We get to see beauty
in what we do.
We get to use hand
And in small ways
continue His plan.

Oh what a privilege
Oh what a joy,
To know of this gift
To partake,
and employ,

The power of creation
He placed inside of us.
Creation to creation,
Continues,